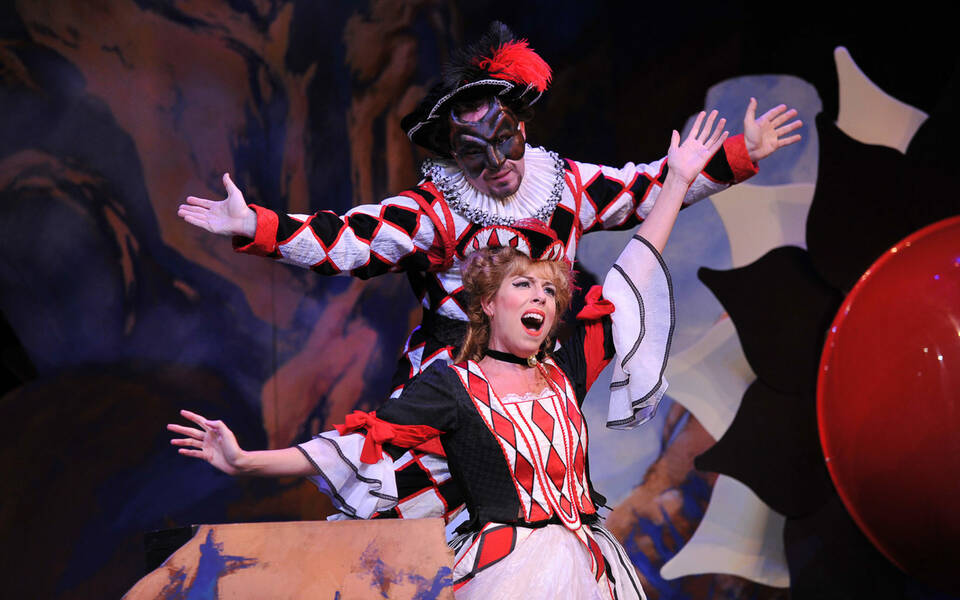 A wealthy gentleman commissions two pieces of entertainment as an after dinner treat to be performed by two separate groups of artists: unfortunately they must be performed at the same time.

Arizona Opera is delighted to at last present this Strauss masterpiece, which comes to the stage after its planned performances in Spring 2020, which were delayed due to the pandemic. Ariadne auf Naxos is an opera within an opera—a satirical farce that combines sublime music with hilarious antics.

A wealthy gentleman in Vienna commissions two pieces of entertainment as an after dinner treat for his guests, to be performed by two separate groups of artists: a dramatic opera and a lighted hearted theatrical comedy. Unfortunately, the dinner is running late, and the two ensembles are forced to performance on stage together, at the same time.

The heroine from the operatic story, Ariadne, has been abandoned by Theseus. She laments her lost love and yearns for death, as Zerbinetta and her four companions from the commedia dell’arte troupe attempt to cheer on Ariadne by singing and dancing, but without success. Zerbinetta insists that the best way to cure a broken heart is to find another love. Meanwhile, each of the four commedia men pursues Zerbinetta. High drama and great comedy ensue as Strauss’ exquisite score—which includes the popular Composer’s Aria and stratospheric Zerbinetta’s Aria—carries the action to an ecstatic and love-filled conclusion.