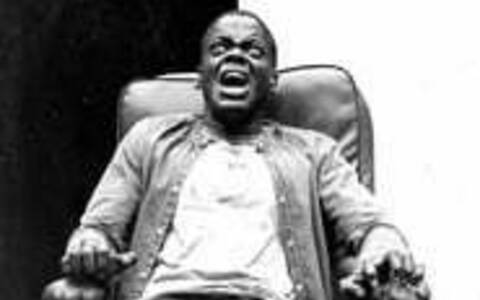 Get Out is a zeitgeist-zapping horror/comedy/thriller, as frighteningly unnerving as it is uncomfortably satirical, about a young Black man who visits his white girlfriend’s family estate and discovers the sinister monster that can be lurking in even the most bleeding hearts. Now that Chris (Daniel Kaluuya) and his girlfriend Rose (Allison Williams) have reached the meet-the-parents stage of dating, she invites him to join her family – mother Missy (Catherine Keener) and father Dean (Bradley Whitford) – for a weekend getaway upstate. At first, Chris reads the family’s overly accommodating behavior as nervous attempts to deal with their daughter’s interracial relationship, but as the weekend progresses, a series of increasingly disturbing discoveries lead him to a truth that he could have never imagined. Also starring Caleb Landry Jones, Stephen Root, Milton “Lil Rel” Howery, Betty Gabriel, Marcus Henderson and Lakeith Stanfield. (Dir. by Jordan Peele, 2017, USA, 104 mins., Rated R)