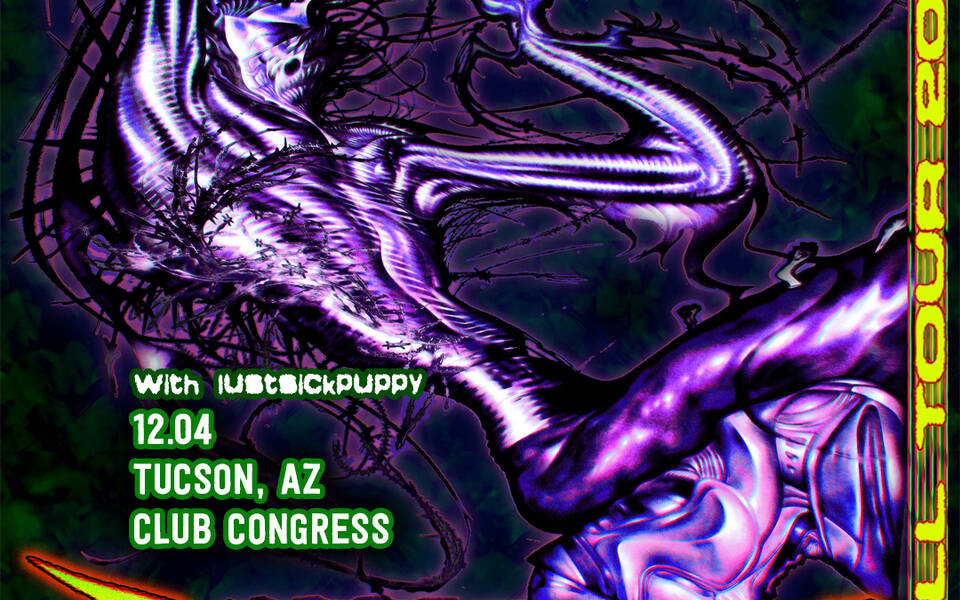 Machine Girl is a producer turned two piece electropunk-hardcore outfit. Making a name for themselves online for their unique brand of electropunk.

Machine Girl is a producer turned two piece electropunk-hardcore outfit. Making a name for themselves online for their unique brand of electropunk, They’ve been on year end lists for Noisey, given Eureka! reviews by TinyMixTapes and been shouted out by The Needledrop. In addition to press and accolades from publications, they’ve amassed a rabid online fanbase, spawning dedicated reddit and discord servers. Cutting their teeth on the DIY circuit across North America, Machine Girl have become infamous for their cathartic unpredictable and destructive performances. In an interview with Revolver magazine, Stephenson defined Machine Girl as “fucked-up electronic punk” and stated that he didn’t like the “industrial” tag for being “very goth, and very black and white” considering the project “a lot more colorful.” Kerrang! listed them as one of the “bands expanding the definition of hardcore”, and described the project as “a particularly punky and ferocious breed of the electronic sub-genre breakcore that could easily pass for hardcore when they rip it live.”Pitchfork defined their style as “relentlessly smashing together bits of punk, grindcore, rave, industrial, and more” and “unpredictable and dangerous, full of animalistic rage and uncontrollable energy”