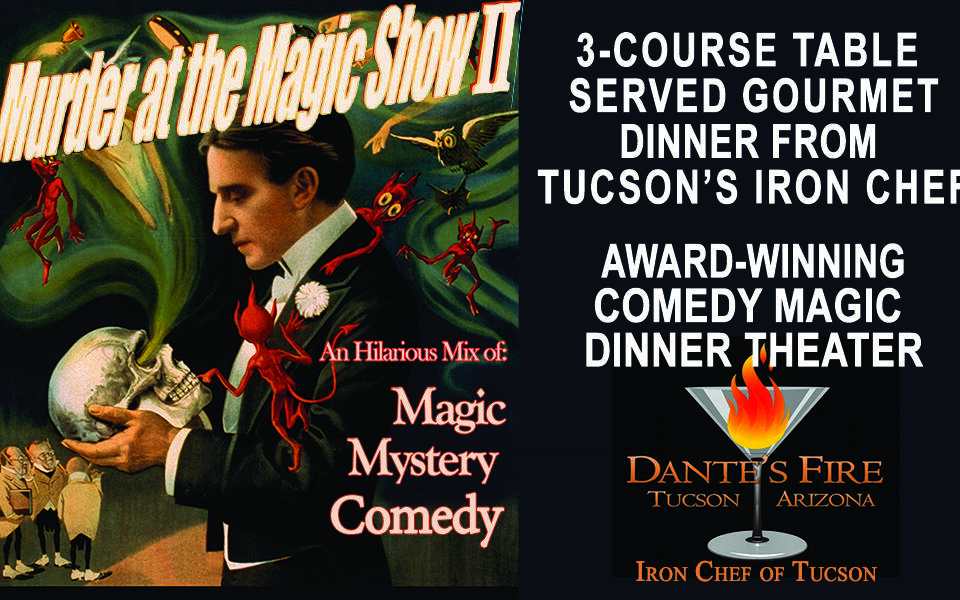 Enjoy a 3-course table served haute cuisine dinner while experiencing a never to be forgotten exclusive magical theatrical performance for an extremely limited audience. Your gourmet dinner is prepared by Chef Ken, who was just honored as the winner of the Iron Chef award of Southern Arizona. The magic and mastery of your dining experience can only be topped by your personal magical performance by one of the country’s top Comedy Magicians. Our performers are national caliber acts and have appeared on countless television shows, some have fooled Penn & Teller. Not to be missed.

The show’s producers are masters of classic Murder Mystery comedy magic shows which combine a live theatrical presentation with a 3-course table served gourmet dinner. Over 400,000 people have died laughing at these shows throughout Arizona since 1989 and you can expect some special new additions this season.