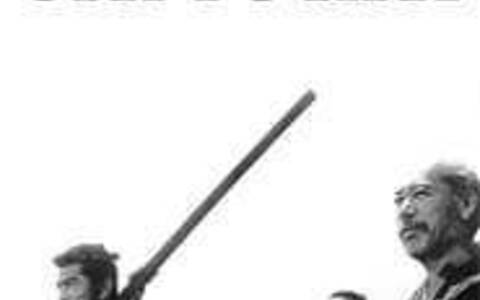 Seven Samurai tells the story of a sixteenth-century village whose desperate inhabitants hire the eponymous warriors to protect them from invading bandits.

This over three-hour, character-driven adventure from Akira Kurosawa—featuring legendary actors Toshiro Mifune and Takashi Shimura—seamlessly weaves philosophy and entertainment, delicate human emotions and relentless action, into a rich, evocative, and unforgettable tale of courage and hope. An influential smash that inspired a Hollywood remake (The Magnificent Seven) and scores of “a team is assembled to carry out a mission” action classics (including The Dirty Dozen, Ocean’s 11 and The Guns of Navarone), Seven Samurai moved filmmaker Federico Fellini to proclaim Kurosawa “the greatest living example of all that an author of the cinema should be.” (Dir. by Akira Kurosawa, 1954, Japan, in Japanese with English subtitles, 207 mins., Not Rated)